With the head-to-head battle against the villainous Lokesh behind her, Kelsey confronts a new heartbreak: in the wake of his traumatic experience, her beloved Ren no longer remembers who she is. As the trio continues their quest by challenging five cunning and duplicitous dragons, Ren and Kishan once more vie for her affections–leaving Kelsey more confused than ever.

Some Reviews: 2260 in Goodreads.com

Tiger’s Voyage, the third book in the Tiger’s Curse series, is amazing! I couldn’t put it down! It’s about 100 pages longer than Tiger’s Quest and I tore through it twice as fast.

We follow Kelsey, Ren, and Kishan who embark on their third voyage to break the Tiger’s Curse. This time they travel by ocean searching for Durga’s necklace. But, Ren is still suffering from his amnesia while Kishan seems to be falling more in love with Kelsey. Their voyage requires the help of five enchanting Chinese dragons and of course are being hunted by a number of undersea creatures which include a kraken. Oh yea and don’t forget Lokesh who is still after them. Lots of action with tons of suspense and of course the romance. Tiger’s Voyage will not let us fans of the series down.

OMG!!! When I stop crying I’ll try to make a proper review. It was really really good. I can’t say enough about how much I love these books. The Tiger’s Curse series has captured my heart never to let go.

It’s been about a month now and I thought I should write a little more about what I think. By far of all the Tiger’s Curse books this one has the most adventure, the most sadness, most love between the character, pretty much the most of everything. Colleen Houck, the author, definitely brought this one up a notch. I love the way the characters have been developing in these books. They have all had to make a lot of hard choices, which I hate to say I like, but I do. Life is not made up of easy decisions. So its refreshing to read a book that’s more realistic in the way that people actually think, feel, and live. Apart from the magic and some of the strange creatures I can actually imagine the world Colleen has made and most definitely would love to live in it, without hesitation.

While reading Tiger’s Voyage I had that never-ending-story feeling. Like the little boy in the movie I felt like I literally got sucked into the book and was actually a part of the story line. It made me happy and sad at the same time. I really wished I could have been apart of it, so I could have been there for the characters I love. This is one of the best stories I have ever read. To say I’m obsessed would be an understatement. I recommend these books to everyone that loves adventure, magic, mystical creatures, love, and to
everyone that doesn’t mind getting totally mushy, literally crying, obsessively in love with a book series that it almost hurts, then these are the books for you.

[Kelsey refusing Ren and returning to Oregon, which was a very moving scene (hide spoiler)]

I’m in love with this series, and this book was no different. It’s one of the most adventurous YA series I’ve ever read that’s set in modern times. Though I’d almost classify this as a fantasy series due to the fact that most of the books take place within these magical places in old legends. 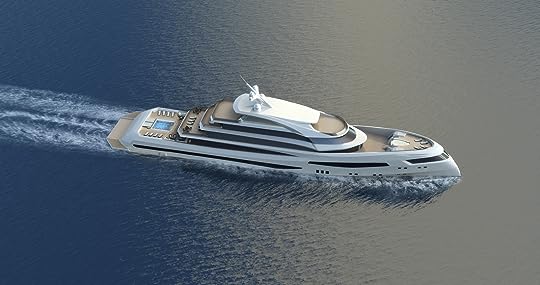 In this installment, (I listen to the audio of the series, so forgive any spelling errors please!) Kelsey, Ren, and Kishan go on another quest (a voyage, even!) in an attempt to break the curse of the Tigers. On this quest, they meet five Dragons and basically either have to outwit or outrun the dragons and their beasties. A few of the beasties:
Kraken: 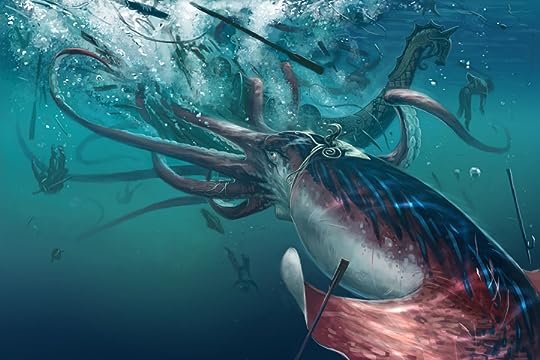 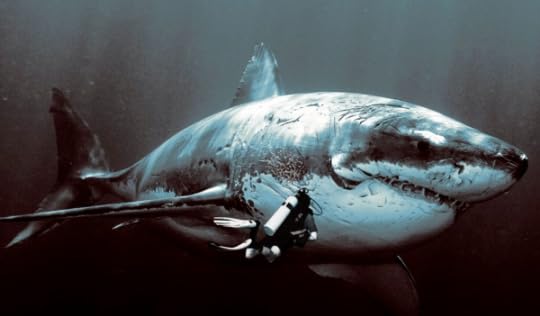 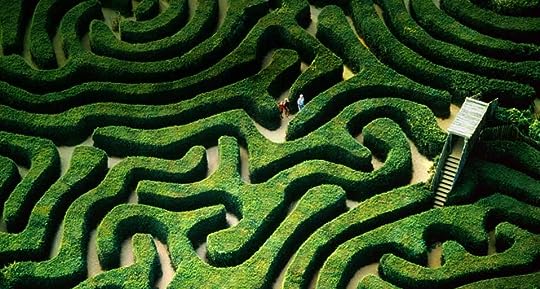 Why not five stars from me? I feel like this love triangle is so ridiculously lopsided, it’s not even funny. And I feel like Kelsey…while the author tries to make her appear all innocent and unsure…is leading Kishan on a merry chase while knowing that Ren is who she really wants. I used to like the bit of added angst, but in this installment, it was an obvious plot device and to be honest, a bit insulting. Does anyone in the world actually think she’ll end up with Kishan? Seriously?

I really love this series, and this third book was just as great except….what happened to Kishan? His character drastically changed on me. He has always been this bad boy with passion, magnetism and did I say passionate nature. He always goes after what he wants, which is Kelsey. However he does go after Kelsey just that it’s a shell of who he really is. At one point I thought maybe I had missed a page, I wondered if he had been hit over the head and I had missed it. That was not the case though. Ren’s character at times took more control over situations than was fair to him and Kelsey. This all made me frustrated yet it did not take away from the story that much. It is very well written, and the adventures that they go on are great. I loved the parts about the dragons they were all very interesting and enjoyable characters. The descriptions of them were so well done I wanted to reach out and touch them. Mr Kadam is one of my favorite characters, and I was glad he was able to have a few neat experience of his own this time around. The research that is put into these stories is amazing. I love learning about India’s folklore through this wonderful series. All in all a wonderful read couldn’t put it down, and wish it was July all ready so I could be reading number four.