The true story of one family, caught between America’s two biggest policy disasters: the war on terror and the response to Hurricane Katrina. Abdulrahman and Kathy Zeitoun run a house-painting business in New Orleans. In August of 2005, as Hurricane Katrina approaches, Kathy evacuates with their four young children, leaving Zeitoun to watch over the business. In the days following the storm he travels the city by canoe, feeding abandoned animals and helping elderly neighbors. Then, on September 6th, police officers armed with M-16s arrest Zeitoun in his home. Told with eloquence and compassion, Zeitoun is a riveting account of one family’s unthinkable struggle with forces beyond wind and water.

Some Reviews: 7588 in Goodreads.com

The book club I belonged to several years ago selected Zeitoun and we had a week to read it. I enjoyed the book and hadn’t realized how many horrible things happened in New Orleans besides the actual impact of the hurricane. Based on some reality, the story helps a non-Louisiana native understand the true impacts of the hurricane, not only on the land but on the people.

The imagery and language were strong, and the characterizations were very intricate. Since reading the books, I’ve spent time in Louisiana (both rural and New Orleans) and hear so many different stories of what actually happened.

I may re-read this one in preparation for the next American Crime Story TV anthology. I enjoyed the “OJ Simpson” season 1 so much and am excited to see what they can do with the impacts of Hurricane Katrina. And this book will help me prepare and remember as much as I can before diving in.

Jennifer (aka EM) rated it

Read between 11.30 pm and 4.45 a.m. last night. One big gulp of stinky, corrupt water and the lives that were washed away in it — and continue to be devastated by injustices codified and rationalized by “The War On Terror” — the U.S.’s own citizens murdered by ineptitude, bureacracy and a racist, elitist, fear-based world-view that prioritized building prisons over providing food, water and shelter.

Eggers at his very best. What he manages to do here (a lesson learned from the backlash against What Is The What? perhaps) is avoid the confusion and perceived trickery of calling this a “memoir-autobiography” and flat-out states this as non-fiction. What it is: a work of great investigative journalism, told through the eyes of a family that lived it, confirmed with secondary sources.

This is the Eggers we all want, I think: one who can weave real-world events and the social injustices they expose into compelling personal narrative that motivates others (readers) to action. At least, I hope this is what we want — because we need this kind of voice, and this kind of literary journalism.

Sure, he gets a bit preachy at the end (but by that point, we want him to just SAY IT. Voice the anger; name the enemy.) And yes, there are the inevitable strings left hanging, story threads dropped or, conversely, too-neatly summed up, and a too-long “where are they now” section that really just introduced a whole bunch of other issues and sub-stories.

Still, it’s few and far between the books that keep me up all night, and leave me shaking with anger, sad and mobilized at the same time.

If I may say so without sounding like a heartless wench, after hearing about Hurricane Katrina every day of my life for about three straight years, I was in no mood to also read a book based on one of its many survivors. I know it was a horrible, deplorable event but felt that Brian Williams stayed on that story a bit too long, or too often, for its own good. My heart broke for the people, I did what I could, and felt horrible I couldn’t do more, and that our government did not do more good. What I didn’t know, what I don’t think Brian Williams told us, was the whole story of what the government was doing to some survivors.

So it was finally time for me to relive Katrina through the eyes of Abdul Zeitoun and his wife. Zeitoun, as he was known, was a Syrian immigrant who did quite well for himself — a small business owner and rental property owner, and all around nice guy. When his wife and children evacuated, he stayed to keep his eye on their house, business, and properties. He saved several neighbors and found four stranded dogs to feed just in his first days of the aftermath out in his trusty canoe. Staying in New Orleans eventually turned out to be a bad decision and he and some friends were falsely arrested. This part of the book was shocking and sadly displayed what happens when our Constitutional rights are ignored by authorities and people in crisis mode forget basic kindnesses. Really a sad story that never should have been allowed to happen. FEMA had its moments here too, but for the most part had little to do with Zeitoun’s experience.

This would have been 5 stars if not for the very strange flow of the story from one random thought to other entirely unrelated bits of information. Other reviewers were harsher on Eggers for this. I thought it also showed sloppy editing.

File this under “The Best Book You’ve Never Heard Of,” or at least it was one of the best books I’d never heard of until it was recommended as the next read for our book club.

This narrative non-fiction book chronicles the story of Abdul Zeitoun in the days before and weeks after Katrina. Zeitoun is a Syrian immigrant who ultimately settles in New Orleans, becomes an American citizen, and builds a successful painting/property ownership business.

As Katrina prepares to make landfall, Zeitoun’s wife and children leave New Orleans but he stays behind. Following the storm, he paddles through his section of city in his canoe — far away from the chaos and looting in downtown — and manages to rescue several people who are trapped.

What happens next falls into the category of disbelief. He is arrested inside one of his own properties, though he isn’t told why he is being arrested. In the chaos that is post-Katrina New Orleans, he’s held in a make-shift jail for weeks, never being told why he was arrested, never allowed a phone call, and never given access to a lawyer. His family is sure he is dead.

Katrina is a dark stain on America’s history. On the news we heard plenty about the lawless, roving gangs terrorizing the city after the storm. What we didn’t hear is that some of those gangs were under the authority of our own government.

This book should be required reading for anyone interested how a lack of leadership can have far-reaching consequences. 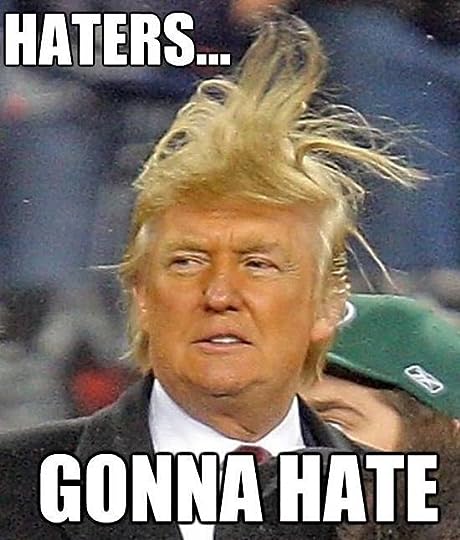 Dave Eggers tells the astonishing and sad story of how the basest of evil in the human condition tends to rise in times of turmoil. It struck me though how this 2009 book is just as relevant today, probably even moreso given the hate-filled rhetoric of one candidate for U.S. President who would have proposed that we not only lock up Mr. Zeitoun,* a Syrian-born New Orleans small business operator since 1988, and a naturalized citizen, based on his religion, where he was born and the pigment of his skin, as was actually done one week after Hurricane Katrina struck the Gulf Coast (8/29/05), but also that the United States have deported him.

This story is also one of hope, survival and forgiveness.

*Zeitoun was caught in the flooded New Orleans in the week after Katrina and locked up a week after the hurricane.

A is for Alibi pdf free download – Book reviews

Mountains Beyond Mountains: The Quest of Dr. Paul Farmer, a Man Who Would Cure the World pdf free download – Book reviews